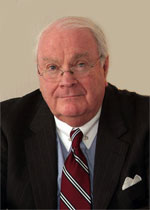 Born in St. Vincent’s Hospital in South West Philadelphia and raised in Glenolden, Bart is a graduate of St. Gabriel’s School in Norwood and St. James High School in Chester. He earned a BS in Economics from Villanova University in 1963, followed by a degree from Eckeles College of Mortuary Science in 1964. After serving an apprenticeship, he was licensed by the PA State Board of Funeral Directors in 1965.

Active in his profession and community affairs, Bart served as Vice-Chairman of the PA State Board of Funeral Directors, the state agency that licenses and regulates the funeral profession. Bart was also appointed by then Gov. Thornburg as a member of the PA Public Television Commission. Bart has served on the boards of the Fox Chase Cancer Center, Camp Sunshine, the Delaware County Retreat for Under-Privileged Children, and the Little Flower Manor Convalescent Home. Bart was elected by his peers to the St. James High School Wall of Fame in 2009 and received, for his family, the Delaware County Chamber of Commerce Family Business of the Year Award in 2004.

Bart resides in Media with his wife, Toni. They have four children and seven grandchildren. 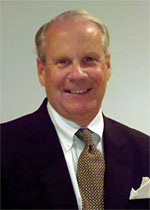 William has been a licensed funeral director since 1972. A member of the class of 1964 of St. James High School, Chester, where he was recently named to the Wall of Honor. He graduated from Villanova University in 1968 with a BA degree. William also holds a MA degree from Widener University, where he maintains his membership by election in the Pi Kappa Phi Honor Society.

A veteran of the U.S. Army Medical Corps, William is a graduate of the Pittsburgh Institute of Mortuary science. He and his wife, Joanne, have three children and are members of Nativity BVM parish. They have lived in the Media area for over thirty years. 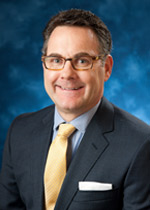 Paul has been with Cavanagh Family Funeral Homes for over twenty-five years. Having grown up in a funeral service family, he learned from an early age what was needed to serve each family with dignity and professionalism.

Paul is a 1985 graduate of Penncrest High School. He earned a bachelor of science in Psychology from James Madison University in 1990 and graduated from Northampton Community College with a degree in mortuary science in 1992. He became a certified CANA crematory operator in 2003.

Paul lives in Media Boro with his wife Melanie. 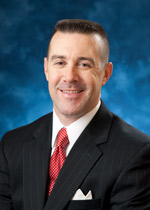 Lee is a lifelong Delaware County resident. He is a 1990 graduate of Strath Haven High School in Wallingford and a 1994 graduate of Gettysburg College.

Having been brought up in a family dedicated to funeral service, Lee brings years of experience to his role as funeral director, as well as a dedication to the families he serves.

Lee currently resides in Wallingford with his wife. He has two daughters, Avery and Mallory and a son, Trevor. 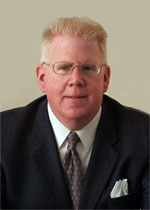 Brian M. Gill made a commitment to the funeral profession when he began as a licensed funeral director at Cavanagh Family Funeral Home in 1992. He implements both preneed and at-need arrangements.

Brian attended St. George Grade School and Monsignor Bonner High School. He graduated in 1988 from Villanova University with a BA degree. He then continued his studies at Northampton Community College and graduated in 1991 from their Mortuary Science Program. Additionally, he holds a PA Insurance License.

He was born and raised in Folcroft, and now lives in Aston. He is a member of the Knights of Columbus, and he serves his community by participating in various events sponsored by his church, Boy Scouts, and the Aston Middletown Little League. Brian now attends St. Joseph Catholic Church in Aston where he is a Eucharistic Minister. He has a wife, Janemarie, and two sons, Andrew and Patrick. 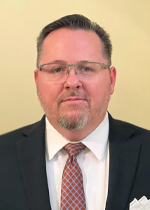 Jason is a fourth generation funeral director born and raised in Pittsburgh. He graduated with a BA degree in Business Management from Washington and Jefferson College in 1995 and received his degree in funeral directing and embalming from the Pittsburgh Institute of Mortuary Science in 1996.

Jason and his wife, Kate, relocated to Woodlyn, PA in 2013. Having been married on Long Beach Island, NJ, they enjoy the close proximity to the beach as well as the mountains and are avid skiers. In his free time, Jason also enjoys rooting on the Steelers, scuba diving, and gourmet cooking for family and friends. 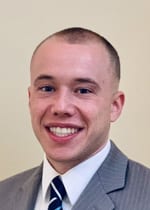 Bradley Noecker is originally from Reading, PA, which is where he first started working in funeral care. In 2017, Bradley graduated from the Pittsburgh Institute of Mortuary Science and became a CANA-certified crematory operator. He is also a veteran of the U.S. Army Infantry. Bradley moved to Delaware County in 2018, and lives in Brookhaven, PA. In his free time, Bradley enjoys working out at the gym, mountain biking, cooking, online shopping, and watching movies. 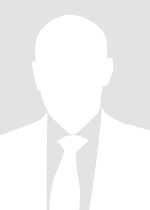 Jeffrey Carson is originally from Bradford, Pa. and is a graduate of the Pittsburgh Institute of Mortuary Science. He also holds a Bachelor of Arts degree from Duquesne University in Political Science and has worked in Pittsburgh and Northwestern Pennsylvania. In addition to being a licensed funeral director since 2006, he is also a Certified Funeral Celebrant with the In-Sight Institute. He has recently relocated to Delaware County and is residing in Media.